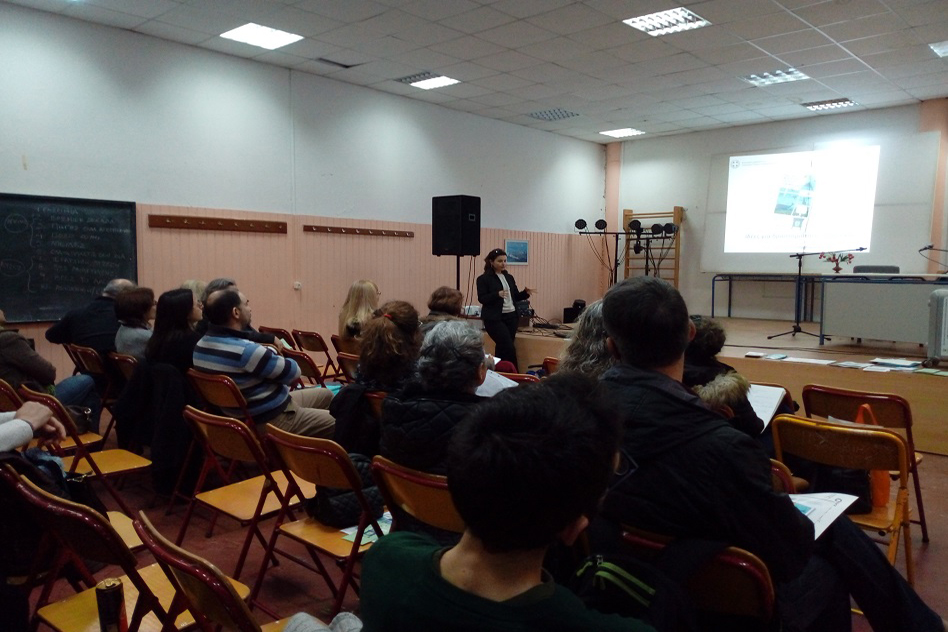 Two seminars for Athens based teachers were held on 26th (Secondary level) and 27th February 2020 (for Primary level), where about in total, 60 teachers were trained on the theme of marine litter education.

The participants were introduced to the problem and the MEdIES new programme. They actually applied a series of hands-on activities on the most commonly found items of marine litter, the causes of marine litter and their impacts to marine animals, the environment, and society. Moreover they discussed how, we, as citizens and students, can act to contribute in mitigating the problem of marine litter. The teachers also played games about how-to-recycle correctly in the blue bin (the most common practice applied in Greece).

In addition, they were informed about the organisation of a beach clean up and monitoring, that is a theme that seems that interests most of them. Furthermore, the teachers expressed their concern on the problem of marine litter and its risks and their sincere will to work more on it with their students and schools.

The workshops were co-organised, with the Directorates of Primary and Secondary Education of A’ Athens. Sincere thanks to ESD Officers Ms Maria Dimopoulou and Mr Manolis Hatzieleftheriou and to the schools that hosted us: the 3rd Secondary School of Zografou and the 130th Primary School of Athens.

Read here the article in Greek.