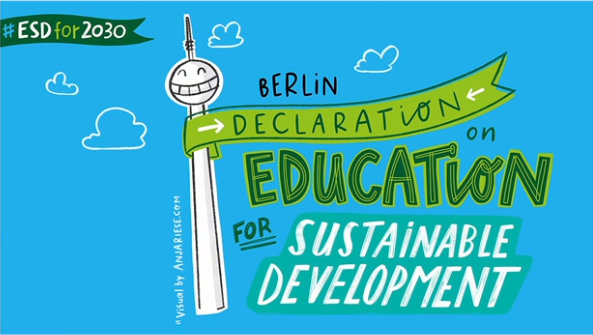 MEdIES was engaged in the context of the World Conference on ESD by UNESCO that took place virtually on 17-19 May 2021 and launched the #ESDfor2030 framework. Particularly, as MEdIES we have:

a) Facilitated the Mediterranean Preparatory Webinar for #ESDfor2030 organized by the Mediterranean Committee on ESD (MCESD) on 20 April. The 60 participants – officers of Ministries, International Organizations and educators shared their ESD ‘strong points’ and their plans for the implementation of the ESDfor2030 and drafted a Mediterranean ESD Statement for the World Conference;

b)Took part officially in the Conference and were satisfied to see the international recognition of ESD as well as the Berlin Declaration calling for ESD to be a core component of all education systems at all levels by 2025.  Over 80 ministers and 2,800 educators, officers and stakeholders committed to taking concrete steps to transform learning for the survival of our planet by adopting the Berlin Declaration on ESD.  The Declaration outlines a range of policies to transform learning and teaching, professional training and civic engagement; It highlights the need to implement ESD with joint emphasis on cognitive skills, social and emotional learning, and action competences. Actually, the adoption of the Berlin Declaration is creating the momentum for the implementation of the ESD for 2030 Roadmap as the global framework for the current decade of ESD. “ ESDfor2030” builds on the work done within the GAP (2015-2019) and actually keeps its five Priority Areas for action, and namely: Advancing Policy, Learning Institutions, Educators Training, Youth Enhancement, and Local Actions. The Conference was followed online by over 10,000 viewers overall and was organized by UNESCO in cooperation with the Ministry of Education and Research of Germany and the German Commission for UNESCO.

c) Supported the UNESCO Chair & Network on Management and Education for Sustainable Development at the University of Athens, held by Prof. M. Scoullos, to co-organize the Special Session of the Conference: “UNESCO Chairs for Sustainable Futures” on 17 May;

d) Participated in the Europe & North America Regional Technical Meeting on #ESDfor2030 on 25 May, during which Prof. M.Scoullos presented the “Mediterranean ESD Statement” and the Mediterranean Committee on ESD, as an exemplary regional scheme of boosting ESD and putting #ESDfor2030 into practice in the vital North-South interface that the Mediterranean is. 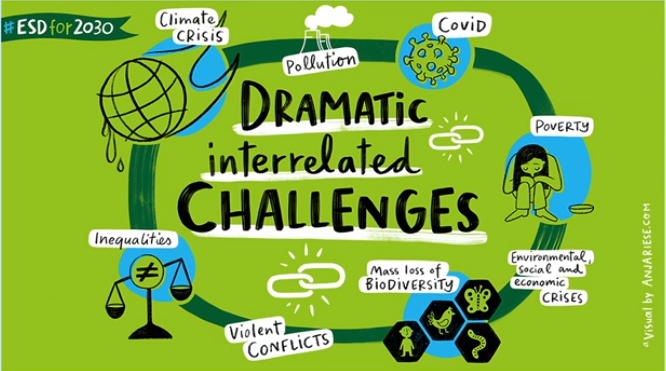 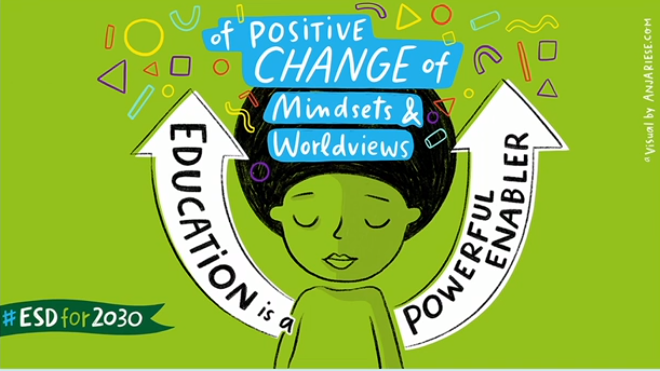