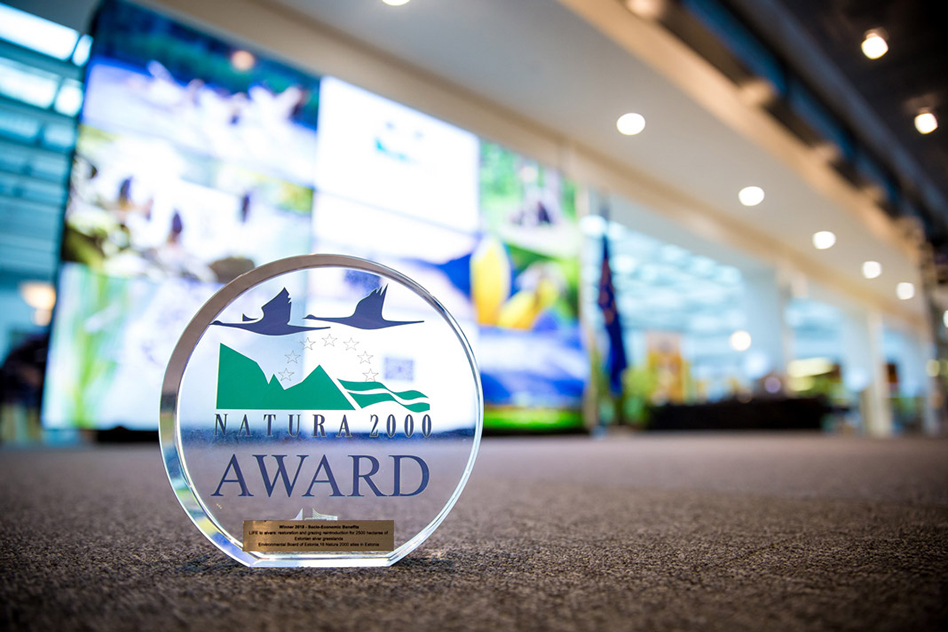 The European Natura 2000 Award aims to honour leading nature conservation achievements and reward excellence in the management and promotion of the network as well as to raise awareness about Natura 2000 and its benefits to European citizens.

In doing so it also contributes to the fourth priority area of the Commission’s Action Plan for Nature, People and the Economy to improve the protection of nature and biodiversity in the EU, for the benefit of its citizens and the economy.

Until the 30th of September 2019, any entity involved in activities related to Natura 2000 can apply to one of the five Award categories.

In addition, the high-profile EU Citizens Award goes to the application receiving the highest number of nominations through a public vote on the Award website.

The winners of the Natura 2000 Award 2020 will be announced at a special ceremony in the Commission headquarters at Berlaymont, by the Commissioner for Environment, Maritime Affairs and Fisheries.