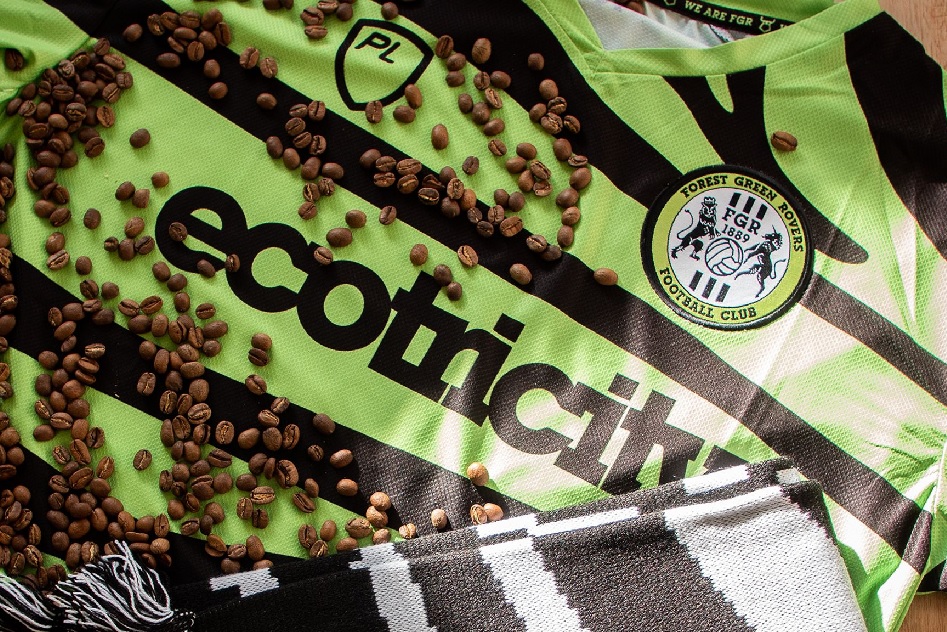 Forest Green Rovers (Gloucesterine, UK) have come up with another eco-friendly first by producing team shirts made of waste coffee grounds; The football club became carbon neutral in 2017 and have previously worn a bamboo kit.

Already in a league of their own when it comes to sustainability in sport, innovative English soccer club Forest Green Rovers are trialling a kit made from coffee bean waste.

Rovers, owned by ‘green energy’ entrepreneur Dale Vince, road-tested the prototype in their League Two clash against against Colchester United.