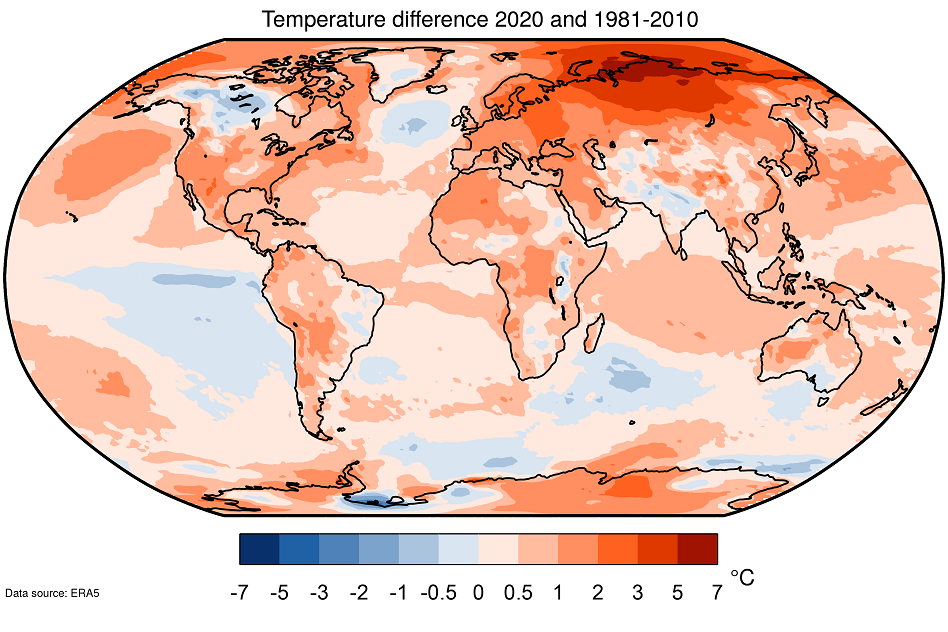 2020 was Europe’s warmest year recorded, and seasonally winter 2019/20 and autumn 2020 were also the warmest recorded. Winter 2020, meaning December 2019 to February 2020, exceeded the previous warmest of 2016 by almost 1.4°C, while autumn (September to November 2020) passed the old record set in 2006 by 0.4°C. In addition, western Europe experienced a significant heatwave in late July and early August. The next four warmest years for Europe also happened during the last decade.

A full and detailed analysis of Europe’s climate will be released in April when Copernicus presents its annual European State of the Climate 2020.

Carlo Buontempo, Director of the Copernicus Climate Change Service (C3S), comments: “2020 stands out for its exceptional warmth in the Arctic and a record number of tropical storms in the North Atlantic. It is no surprise that the last decade was the warmest on record, and is yet another reminder of the urgency of ambitious emissions reductions to prevent adverse climate impacts in the future.”