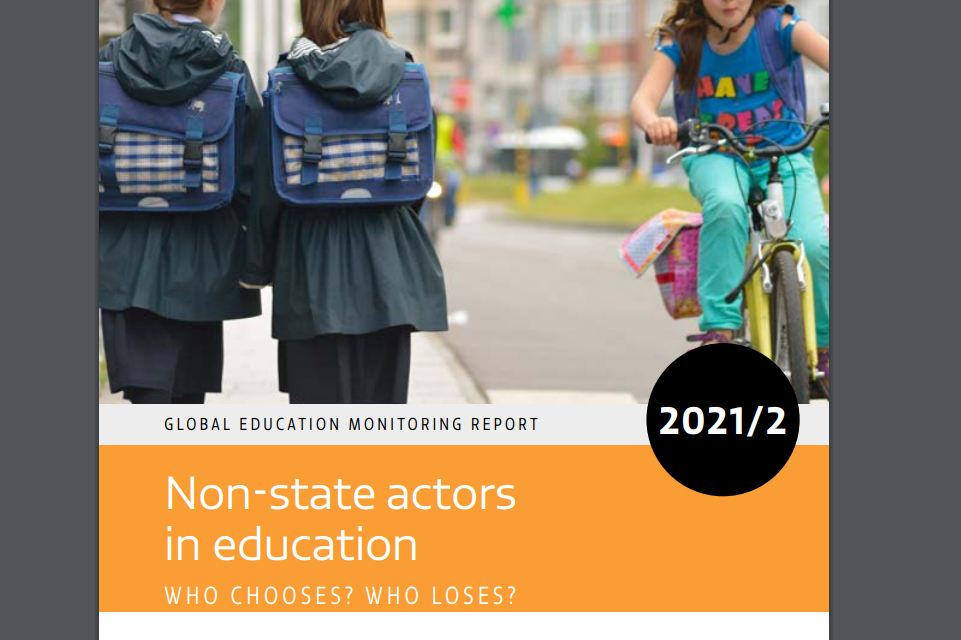 Analysis of 211 new profiles on the report’s PEER website describing how each country in the world regulates non-state education provision shows that regulations tend to neglect equity. Only 55% of countries have regulations preventing selective admission procedures in non-state schools. Only 27% of countries prohibit explicitly profit making in primary and secondary schools, which runs counter to the commitment countries made for 12 years of free education for all. Only 7% of countries have quotas that enhance access to schools for disadvantaged students. Only half regulate private supplementary tuition. Without adequate regulations on private education or the capacity to enforce them, the report warns that equity, inclusion and quality, the core principles on which SDG 4 is based, are at risk.  The report shows that households in poorer countries spend a disproportionate amount of their income to educate their children. Households account for 39% of education expenditure in low- and lower-middle-income countries compared to 16% in high income countries. As a result, 8% of families worldwide have to borrow to send their children to school.

The report invites policymakers to question relationships with non-state actors in terms of fundamental choices: between equity and freedom of choice; between encouraging initiative and setting standards; between groups of varying means and needs; between immediate commitments under SDG 4 and those to be progressively realized, and between education and other social sectors.