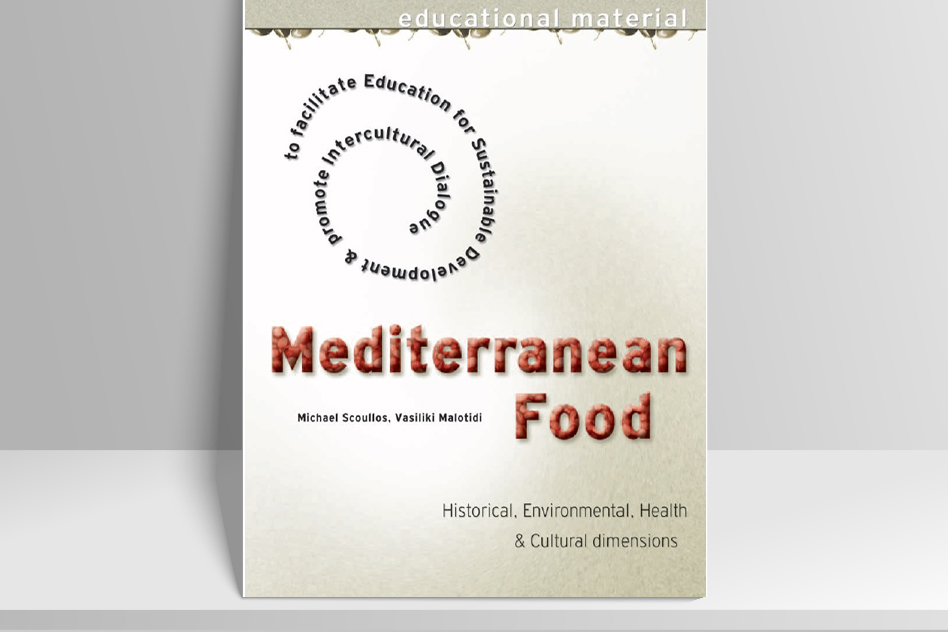 “The theories about eventual cultural ‘clashes’ and ‘gaps’ particularly around the Mediterranean which is an active North-South, East-West interface, have been considered with great caution and skepticism in the Mediterranean countries, which despite their current cultural and socioeconomic differences, cooperate in a number of fields and strive to secure a peaceful coexistence and progress leading to the sustainable development of the entire region. Mediterranean food was selected as it is of direct interest and close to people, a living issue with old roots, admitted influences, loans and backloans and with minimum ideological and religious “charges” (Scoullos, 2008).

In this context the educational material “Mediterranea Food: Historical, Environmental, Health & Cultural dimensions” was prepared targeting the secondary school students and educators of the MediterraneanThe material presents the Mediterranean food, diet, “cuisine” as well as current dietary consumption trends, as vehicles to enhance the Intercultural Dialogue and to promote Sustainable Consumption and Production patterns. The material explores in a multidisciplinary way the linkages between cultural and biological diversity in the region through the interrelationships between human productive activities, cultures and environment.

The material was the main product of a Project granted in 2007-2008 by the Anna Lindh Foundation and created from a consortium of partners (NGO, Academia) coming of 7 countries -Egypt, Greece, Jordan, Italy, Portugal, Morocco and Tunisia – in line with the principles and priorities of the UN Decade for ESD. It was produced in five languages.

Download the material by clicking on the links below.